A human body can be subjected to injuries ranging from minor cuts and wounds that can be easily healed to serious diseases and conditions that can lead to severe structural and functional loss. Even in the absence of injury, there are several types of cells which have a limited life and need to be consistently replaced to maintain tissue integrity. Today, it is possible to replace body parts by means of cell, tissue, and organ transplantation. However, these technologies have disadvantages and demand a high price on patients with regards to side effects and morbidity.

Thanks to regenerative medicine, an emerging branch of medical science that involves functional restoration of tissues or organs for those suffering from severe injuries and chronic diseases. It finds application in several areas such as dermatology, cardiovascular diseases, osteoporosis, oncology, neurology, severe burns, spinal cord injury, congenital abnormalities, and others. The process involves stimulating a body’s stem cells to functionally heal previously damaged tissues or organs. Regenerative medicine also involves growing tissues and organs in a lab and implanting them in the affected area in the body. The technology is a great progress made in the field of stem cell research which made way for cell-based therapies of disease that cannot be treated via conventional medicines, offering hope for patients suffering from conditions that are beyond repair today.

A growing number of companies and organizations entered the regenerative medicines market. They indulge in the research and development of novel cell-based therapeutics based on stem cells. For instance, in February 2018, researchers from Children’s Hospital of Philadelphia (CHOP) and the Perelman School of Medicine at the University of Pennsylvania identified new stem cells in the lung that can expand soon after a lung injury and restore the tissues of air sacs called alveoli. This makes way for innovative future treatments for pulmonary conditions such as chronic obstructive pulmonary disease (COPD). Researchers at the University of Miller School of Medicine’s Diabetes Research Institute recently discovered pancreatic stem cells that could pave way for regenerative cell therapies for Type 1 diabetes.

Researchers Children’s Hospital of Philadelphia and the Perelman School of Medicine at the University of Pennsylvania discovered new stem cells in the lung that could become a tool for treating lung diseases in infants as well as elderly, according to the study published in the journal ‘Nature’.

The study that was performed first in mouse models and then in humans, found that stem cell in the lung can multiply quickly after a lung injury and restore the tissues of air sacs called alveoli. The discovery offers the possibility of a new regenerative therapeutic option for treatments via targeting pulmonary conditions such as chronic obstructive pulmonary disease (COPD).

Researchers discovered a new cell lineage called alveolar epithelial progenitor (AEP) cells. “These cells sit quietly, but poised, in the lung until an injury activates them to proliferate and differentiate,” said co-first author David B. Frank, MD, Ph.D., a pediatric cardiologist at CHOP. “If we can learn to manipulate the biological signals in this process, we may be able to regenerate lung tissue in patients.”

Researchers at the University of Miami Miller School of Medicine's Diabetes Research Institute discovered that pancreas contains stem cells called progenitor cells which can turn into insulin-releasing beta cells. The discovery could pave the way for regenerative cell therapies for Type 1 diabetes. Spotted by their expression of the protein PDX1 and the cell receptor ALK3, these stem cells are found in the pancreatic ductal and glandular network. The researchers extracted these cells, cultured them, and then used a growth factor known as bone morphogenetic protein 7 (BMP-7) to stimulate them to turn into beta cells.

“Our in-depth study of these pancreatic stem cells may help us tap into an endogenous cell supply ‘bank’ for beta cell regeneration purposes and, in the future, lead to therapeutic applications for people living with type 1 diabetes,” said Juan Dominguez-Bendala, Ph.D., DRI director of pancreatic stem cell development for translational research and co-principal investigator of the study. “The ability to offer regenerative medicine strategies to restore insulin production in the native pancreas could one day replace the need for transplantation of the pancreas or insulin-producing cells,” said Camillo Ricordi, M.D., University of Miami professor and director of the Diabetes Research Institute. 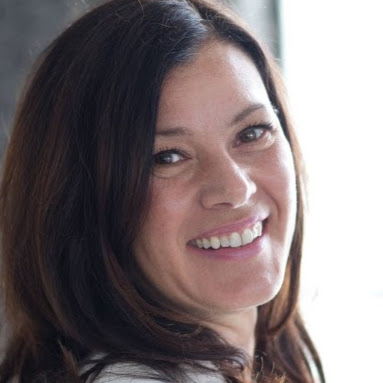 I am deeply fascinated by the impact of modern technology on human life and the earth at large. Being a voracious reader, passionate writer, and a critical observer of market dynamics, I have a strong taste for the hidden science behind all arts.